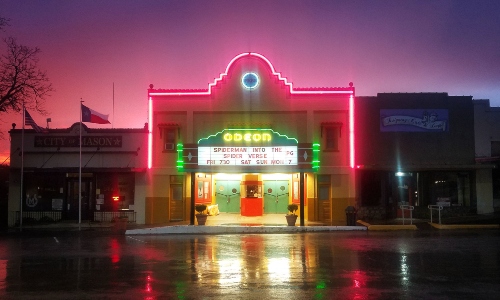 In ancient Kahndaq, Teth Adam was bestowed the almighty powers of the gods. After using these powers for vengeance, he was imprisoned, becoming Black Adam. Nearly 5,000 years have passed, and Black Adam has gone from man to myth to legend.

Since 2004, Sam Baker has released a string of well-received albums that have captured his quietly powerful performance style and earned him praise as one of the most captivating songwriters in America.

The Clades are a legendary family of explorers whose differences threaten to topple their latest and most crucial mission into uncharted and treacherous territory.

The inspirational true story of Jesse Brown, the first Black aviator in U.S. Navy history, and his enduring friendship with fellow fighter pilot Tom Hudner. Helping to turn the tide in the most brutal battle in the Korean War, their heroic sacrifices ultimately make them the Navy’s most celebrated wingmen.