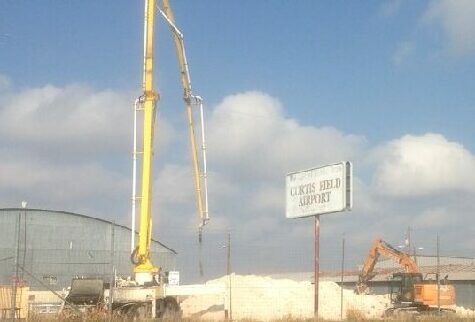 At its regular meeting Tuesday night, one of the two subject discussed by the Brady City Council was City water service on he north side.

Appearing on KNEL’s Morning Program Wednesday, Brady Mayor Tony Groves said the discussion grew out of problems with low water pressure in that area.  As part of that discussion, it was announced that work on construction of a new elevated water tower at Curtis Field has begun.

Originally, the plan was for construction of the new tower called for work to begin there next Spring.  But, Mayor Groves indicated the construction had adjusted their work schedule in order to get an earlier start on the construction project.  With work on the new water tower getting started now,  its hoped the projected completion date for the overall water improvement project will come by mid-year 2023, rather than at the end of next year.

A key benefit of having the new tower at Curtis Field and the installation of larger main water lines in the area will be a significant improvement in water pressure for customers on the north side of Brady.