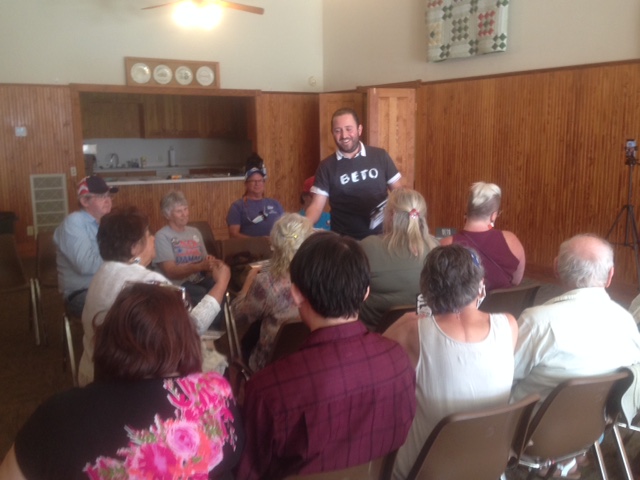 The Beto O’Rourke campaign to become Governor of Texas came to the Heart of Texas Sunday afternoon with a volunteer training session held at the Brady National Bank Community Room.

Led by a member of the Beto campaign team, Jesus Angel Cantu,  the meeting was designed to provide training for local O’Rourke supporters in carrying out a Get Out the Vote effort in the local area.   Although small in number, the group was enthusiastic in their support for O’Rourke and his campaign to win the Governorship for the Democrat candidate.

The O’Rourke volunteer training session also brought out a roughly equal number of people who showed their opposition to the Beto campaign by demonstrating on both sides of South Blackburn Street in the vicinity of the Community Room. 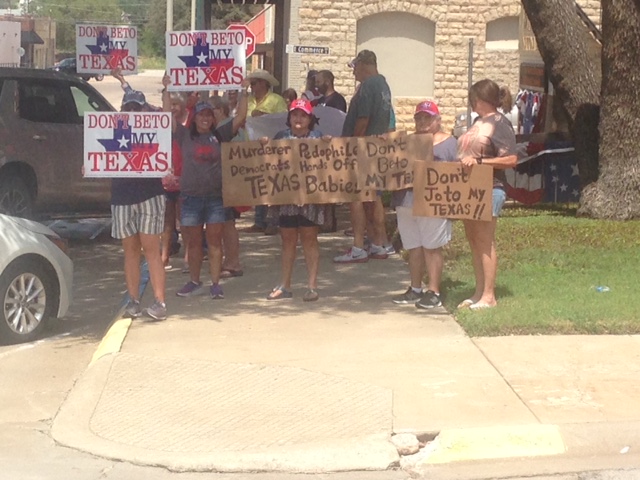 At Home with Debbie Rule