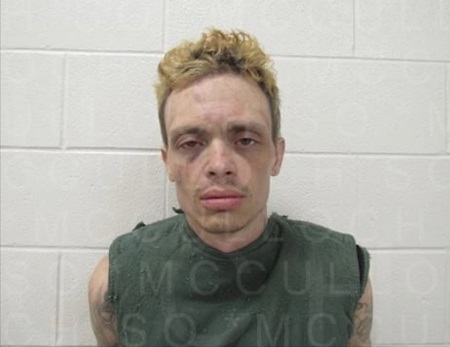 An eight-hour standoff in the 300 block of Pearl Street in Brady ended peacefully Tuesday afternoon when 35 year-old Dacoda Allen Blake, of Defiance, Ohio  was taken into custody by Brady Police.

The standoff began before 6am Tuesday morning when Police responded to a disturbance the address.  It ended just after 2pm in the afternoon. In the meantime, swat teams, negotiators and law enforcement personnel from numerous areas descended on Brady’s north side to deal with the situation.

While there were lots of rumors throughout the day, when the standoff ended Brady Police Chief Steve Thomas indicated there were no injuries to anyone involved. A police officer was shot by a suspect and received non-life-threatening injuries.

Blake was transported to McCulloch County Jail where he was booked on an outstanding warrant in Ohio. Additional charges are pending.

There is no bond set at this time.