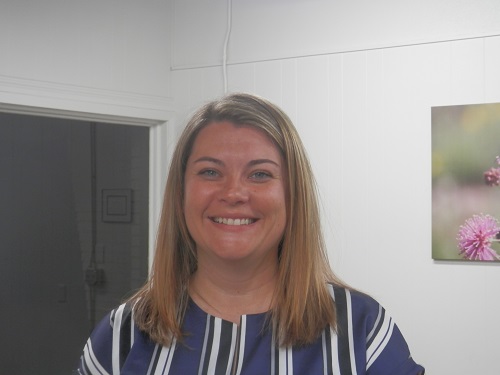 After a lengthy open meeting and a short Executive Session Tuesday night, the Brady City Council’s final action of the evening was to offically name Erin Corbell as the permanent Brady City Manager.  After serving for a number of months as the Acting City Manager, the Council indicated she had more than shown that she is capable of filling the post as the City Manager.

First on the agenda for consideration was the proposed  demolition of a dilapidated structure at 901 Bombay. That issue brought out a large number of people who spent most of an hour telling the Council why they were almost universally in favor of the demolition.  Perhaps the only one opposed to the demolition was the owner who again asked the Council for time to make repairs. However, appearing on KNEL’s Morning Program Wednesday, Brady Mayor Tony Groves noted the situation at 901 Bombay had been an issue for years, and the owner had been successful in the past in stretching and deferring the condemnation process.  When the discussion was over, the Council voted 4-0 to proceed with the demolition.

Next, the Council heard and approved two requests for zoning changes. One was a request by Lisa Berglund for a Special Use Provision to allow a Bed and Breakfast  in a Single-Family Residential district at 1004 S. College.  The second was a request by Olee Teague to change the zoning at 1817 Old Mason Road from Single-Family Residential to Manufactured Home District. Both were approved by a 4-0 vote.

Also on the Council agenda was consideration of two Brady Economic Development  Corporation projects .  One was a loan of $125,000 to  Joe Sanchez to bring the monument works up to speed.. The other was for Sandy’s Kitchen to provide catering and for renovations to the building. Both were approved by the Council. 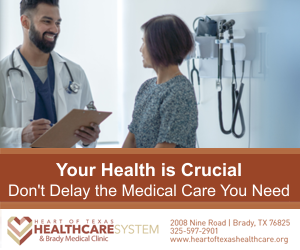 75°
Humidity: 80% Dew Point: 68°
Conditions as of 5:08am
We are having trouble getting some current conditions from the local weather station.
Today