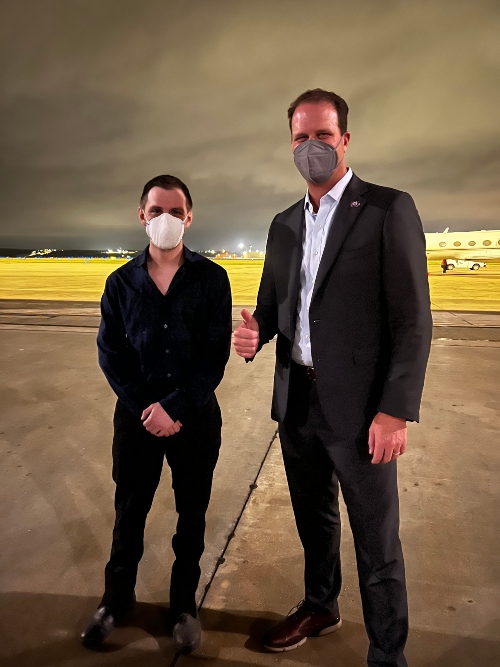 Early Thursday morning, Congressman August Pfluger greeted U.S. Marine Veteran and Granbury resident Trevor Reed as the touched down in the United States.  Pfluger was joined by Reed’s parents, Paula and Joey Reed, who were reunited with their son after nearly 1,000 days in a Russian prison.

Rep. Pfluger commented about the experience. “Standing on the tarmac alongside Trevor Reed’s loving parents to watch him take his first steps back on free American soil is a moment I will never forget. Paula and Joey — alongside so many others — have prayed, advocated, and worked tirelessly to secure his release. Texas never forgot about Trevor Reed, and today, we welcome him home as an American hero.”