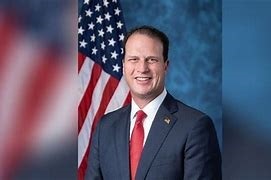 On Friday, Dec. 30th, U.S. Representative August Pfluger (TX-11) released a report on his first term in office highlighting constituent services and the work he has done to re-establish energy dominance, secure the border, advocate for farmers and ranchers, and fight for military communities in the 11th District of Texas.

Congressman Pfluger was sworn in to represent the 11th District of Texas on January 3, 2021. Since then, Cong. Pfluger reports he has authored 32 original pieces of legislation and co-sponsored 249. His legislation helps secure the border, re-establish American energy dominance, end runaway inflation, pay Texas back for Biden’s border policy crisis, stop illegal voting, protect the rights of law-abiding gun owners, support Texas farmers and ranchers, stand up to China, strengthen our military, and more.

Five of Pfluger’s bills were signed into law in the 117th Congress. He authored one of the few border security bills passed this Congress. The DHS Illicit Cross-Border Tunnel Defense Act provides U.S. Customs and Border Patrol with tools and resources to seal the over 200 tunnels beneath the U.S.-Mexico border that cartels are using to smuggle drugs, humans, and weapons into the United States. The San Angelo VA clinic will also be renamed The Colonel Charles and JoAnne Powell VA Clinic after two local heroes thanks to legislation championed by Representative Pfluger and Senator Cornyn. He also passed legislation to examine the threat of Russian private military companies, strengthen NATO, and protect the homeland after President Biden’s disastrous withdrawal from Afghanistan.

Congressman Pfluger also reports he has made himself regularly available to the public by visiting all 29 counties in the 11th District, holding 47 in-person Town Halls, hosting frequent Telephone Town Halls, participating in nearly 500 national and local press interviews, and attending countless community events.

In one year, his office returned $1.5 million dollars to constituents, responded to 81,000 constituent letters, emails, and phone calls, solved over 1,500 constituent cases, nominated 25 students to military service academies, flew 160 flags over the U.S. Capitol, and more.

Rep. August Pfluger: “Representing the 11th District of Texas is the honor of a lifetime. This District is the epicenter of National Security — with the most prolific oil & gas producing region in the world, a thriving agriculture industry, and incredible support for our military heroes. Thank you for the opportunity to serve.”