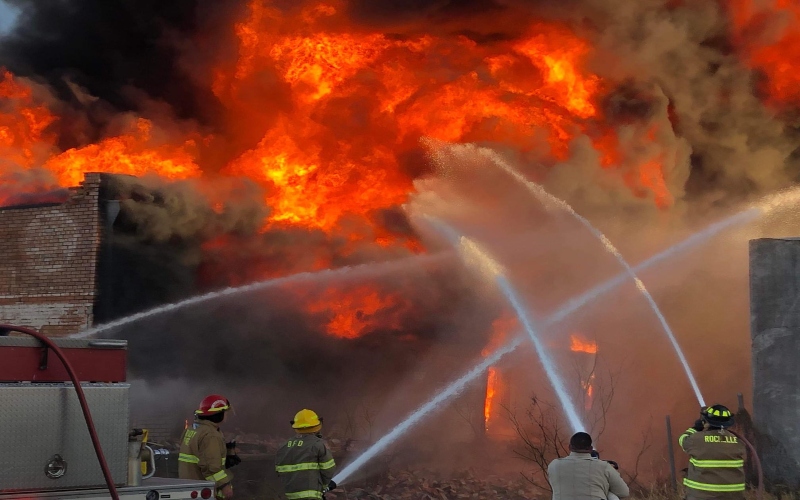 The fire started  just after 4pm at a metal building that once was a turkey processing facility.  While firefighters were battling that blaze, the former Mayfield Ice House ignited with flames from the roof and black smoke that spread quickly over the downtown area. Both buildings were located near the Evridge Furniture warehouse on North Bridge St.

Local firefighters had the fires under control by 6pm, although the extent of the total damage is unknown. Also unknown is the cause of the blaze.

(Video of the fire can be seen on the KNEL Facebook page.) 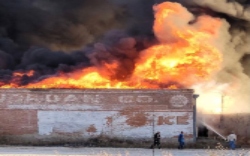 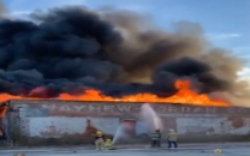 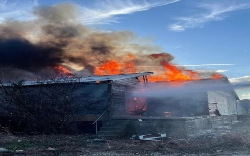 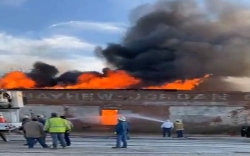