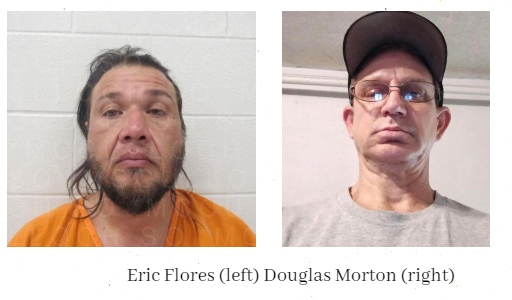 A McCulloch County Grand Jury failed to find a bill of indictment against Eric Daniel Flores on Tuesday in connection with the death of Douglas Wayne Morton. On Sunday, January 9, at approximately 2:30am, Brady EMS and police were dispatched to the HiWay Motel in the 1300 Block of South Bridge Street in reference to a Disturbance in Progress.

Upon arrival, Douglas Wayne Morton (a 51-year-old resident of Brady) was located near his room and was found to have suffered several stab wounds to his upper torso. Brady EMS transported Morton to the Heart of Texas Medical Center, where he succumbed to his injuries and was pronounced deceased by McCulloch County Judge Frank Trull. An investigation into the disturbance was conducted, and Eric Daniel Flores (a 43-year old resident of Brady) was arrested at the scene and transported to the McCulloch County Jail and charged with murder.

During the investigation, surveillance video surfaced showing the stabbing incident. In the video, Morton is shown to be the aggressor and chasing Flores around a dumpster behind the HiWay Motel while holding a knife. Morton attempts to stab Flores multiple times. In the altercation, Flores obtains the knife from Morton.

Flores then stabs Morton. Morton stumbles backyards but then returns trying to attack Flores again. Flores then stabs Morton several times which eventually results in his death. The video clearly shows that Flores was defending himself. The Grand Jury instructed the sheriff to release Eric Daniel Flores from jail unless he was in custody in other matters not covered by the murder complaint.