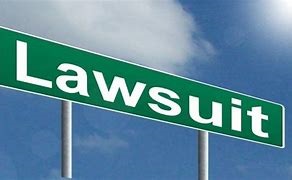 The long-running lawsuit between the City of Mason and Blue Oak Engineering finally came to an end Monday night with a vote by the Mason City Commission to accept a mitigation agreement.

The law suit was in dispute over the contract and unpaid invoices from 2015 – 2019 as a result of the new landfill application.

In addition to this law suit, both parties incurred attorney fees and interest from some unpaid invoices.
After a lengthy mitigation, both parties came to an agreement that would put this law suit to rest.
Blue Oak Engineering, LLC and the City of Mason agreed that if the law suit continued, it could be up to 2 years before going to trial and each party would incur additional attorney fees and interest, which could easily exceed $500,000. The City Commission, being good stewards of the City funds, decided this would put the City in more liability.

Judge Phillis J. Speedlin (former 4th Court of Appeals Judge) presided over the mitigation. She gave the City representatives great insight. For this reason, the City Commission voted unanimously to settle on an agreed amount of $180,000. This amount includes monies owed to Blue Oak Engineering, LLC including some interest and some attorney fees.”

(Mason Mayor Frank Bartlett will be guest on KNEL’s Morning Program Wednesday morning with a recap of the settlement and other issues covered in the City Commission meeting.)