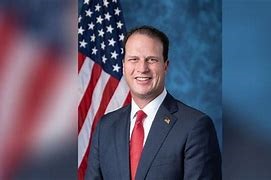 On Tuesday, Congressman August Pfluger (TX-11) introduced a new bill to prevent non-citizens from voting in Washington, D.C. The bill follows a nearly-unanimous vote by the D.C. City Council to advance a bill that would allow noncitizens to vote in local elections—even if they have only resided in D.C. for 30 days.

Rep. August Pfluger: “If you’re in the United States illegally, you don’t have the right to vote—period. Liberals in Washington, D.C. who want to allow noncitizens to vote are putting the integrity of our election system at risk. My bill will put a stop to it. Americans deserve confidence in our elections and to know that only legal citizens are voting in the United States of America.”

Rep. Pfluger is also a cosponsor of The Protecting Our Democracy by Preventing Foreign Citizens from Voting Act which prohibits federal funds from being made available to state or local governments that allow noncitizens to vote in state or local elections.