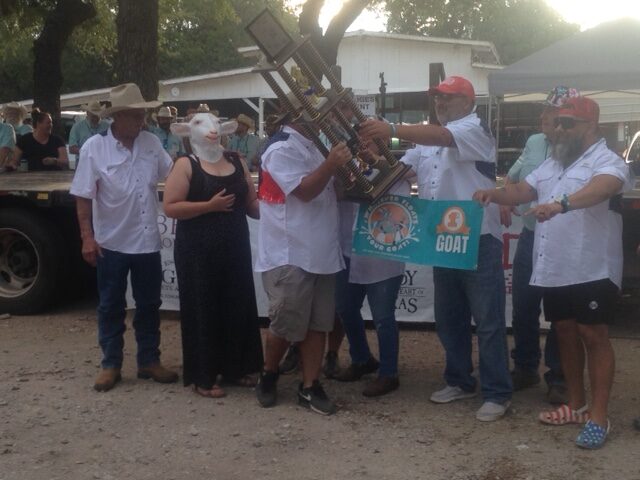 Brady native, Scott Evans, and the “Goathead and Get You Sum” cooking team was named the winner of the Brady World Championship Goat Cook-Off on Saturday.

After competing in the annual event for 17 years, Evans was excited to finally take home the big trophy from the Brady Cook-Off.

The “Goathead and Get You Sum” team not only won the Championship, they also placed in a total six different events, including also winning the Showmanship competition.

Placing second in the Cook-Off was Scott Evans brother, Derrick.  In third place was Mark Bradbury.

The competition for the Best Ribs was won by Wayne Carson.

The prize for the best Bloody Mary went to the Wild Goat Turkey Cookers.

The award for Best Hospitality went to the Kiss My Cabrito team. The Best Rig award went to Joe Pena and the 3 P’s team.  And, Showmanship was won by Goathead and Get You Sum team.