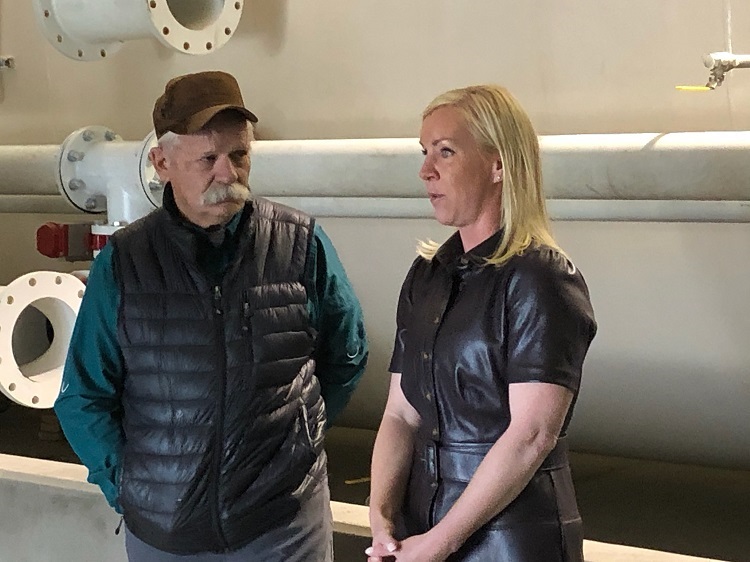 Brooke Paup, Chairwoman of the Texas Water Development Board, and members of her staff visited Brady Thursday for a close-up look at the work being done to install the equipment needed to remove radium from the City’s drinking water and the progress that’s been made in upgrading the City’s overall system.

Brady Mayor Tony Groves said the event was not so much a dedication, but a celebration of how far the City had progressed and how close we are to the end.  The project is currently scheduled to be completed before the end of the year.  The Mayor noted that folks in the community probably won’t appreciate all of the work that’s gone into the project until about a week after it becomes fully operational when they will be able to see, taste and feel the difference in the water.