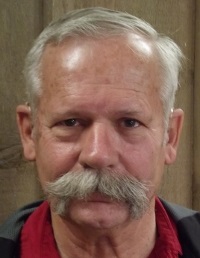 The Brady City Council agenda Tuesday night voted to turn down $658,000 available to the City from the second round of funds going to cities and counties across the country from an American Rescue Plan-Coronavirus Local Fiscal Recovery grant.

Coupled with the decision by the City Council in late 2021 to turn down the first distribution $657,000 in COVID-19 funds for which the City was eligible, the Council has now declined to accept $1.3 million in COVID Relief Funds available to the City.   At the time of the vote in 2021,  Council members indicated their decision was largely based on concerns about the possibility of undesirable strings that might be attached to acceptance of the funds from the Federal Government.

During the Council’s discussion about accepting the funds Tuesday night, Groves said he had urged the Council to hold off on voting to either accept or turn down the funds until after an opinion from the attorneys for the Texas Municipal League was clarified about the existence of strings connected with the acceptance of the funds.  However, according to Groves, the Council ignored his recommendation and was moving ahead with preparing to vote to turn down the money.

It was at that point  he announced his decision to resign, turned the proceedings over to the Mayor Pro-Tem, Jane Huffman,  and left the Council meeting.

Following Groves departure, Council Member Missi Elliston made a motion to move ahead with turning down funds from the COVID-19 Relief Fund. Voting in favor of not accepting the money were Elliston, along with Council Members Jane Huffman, Jay May and Jeffrey Sutton. Voting against the motion was Council Member Larry Land.

Groves has since indicted his resignation will be official on Monday, January 9th.

The Brady City Secretary has indicted the post of Mayor will remain open until May 6th  when it will be filled through a Special Election held in conjunction with the regularly scheduled City election on that date.  The seats for Place 4 and Place 5 held by Jane Huffman and Jay May will be on the May 6 City ballot.  The filing period for potential candidates will begin January 18 and end on February 17.  There may be an extended filing period for the Special Election for the Mayor’s post.