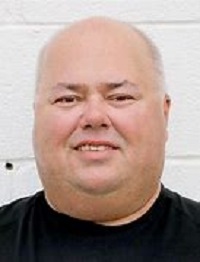 Discussion of a punishment for the Richland Springs football program resulted in a vote of a public reprimand and three years’ probation rather than a possible postseason ban in 2022. Therefore, Richland Springs will still be eligible to play in the playoffs.

In making their decision, the Executive Committee focused on a 14-minute phone call Burkhart had with former Mullin student, Troy Shelton, Jr., just four days before he enrolled at Richland Springs.

Allegations of  the rule violation were heard in August by the UIL District Executive Committee for Division 16-A.  That Committee , chaired by Rochelle ISD Superintendent Dave Lewis, ruled the student from Mullin was ineligible due to illegal recruiting by the coaching staff at Richland Springs.

Burkhart is in his 18th season at Richland Springs.  During that time, he compiled a 232-13 record and guided the team to nine six-man state championships.  Currently, the Coyotes are ranked No. 3 in the State in Class A Division II.